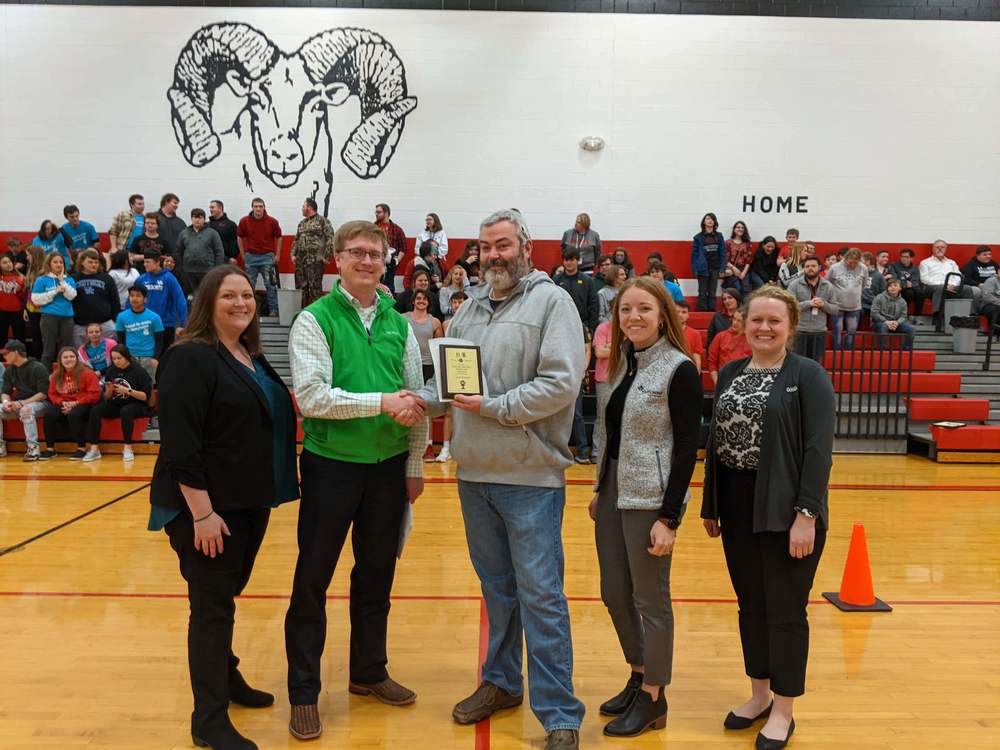 MCGUFFEY, Ohio – Aaron Thompson, an Ohio Hi-Point Ag instructor at Upper Scioto Valley, was recently awarded the FFA Golden Owl Award. He is one of ten honorees in the state of Ohio.

Presented by Nationwide®, the Ohio FFA, Ohio Farm Bureau®, Farm Credit Mid-America and AgCredit, the Golden Owl Award recognizes agricultural educators across Ohio for their tremendous contributions to helping the next generation of agricultural leaders.

Mr. Thompson was nominated by his FFA officer team and was surprised with the recognition during the school’s FFA Week pep rally on March 5.

In the nomination, his FFA officer team said “Mr. Thompson has been a great example to his students and always been there to support them no matter what. His classes are never boring and always educational!” Another student noted “Mr. Thompson works extremely hard to keep our FFA chapter running smoothly. He teaches the students here not only agriculture skills but also life lessons.” 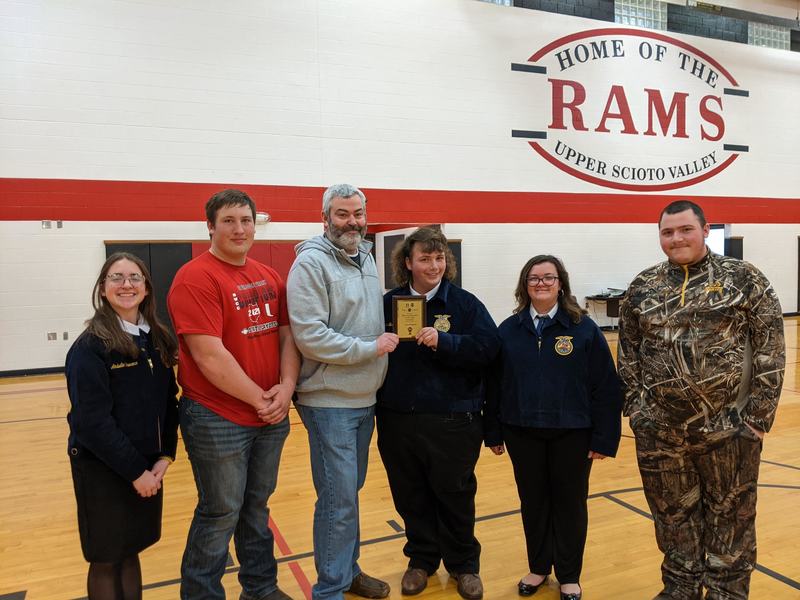 In the FFA Opening Ceremony, the role of Advisor is stationed by the owl because, “The owl is a time-honored emblem of knowledge and wisdom. Being older than the rest of you, I am asked to advise you from time to time, as the need arises. I hope that my advice will always be based on true knowledge and ripened with wisdom."

“This award is incredibly well deserved for all Mr. Thompson does for his students and the Ag program,” said Brad Richardson, OHP assistant superintendent. “We’re proud of the work he’s done and will continue to do for our Ag satellite program at USV.”

Mr. Thompson is now in the running for the Ag Educator of the Year award which will be announced at the Ohio FFA Convention in May.