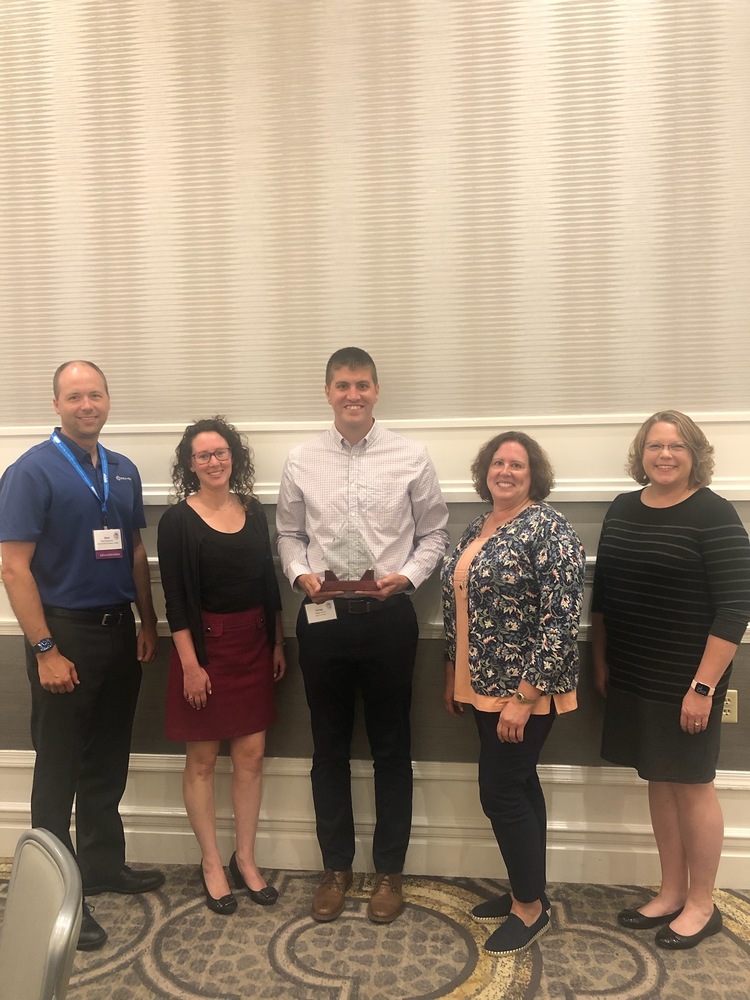 Mr. Gregg Severt, an OHP instructor, was selected as the 2021 Ohio ACTE Outstanding New CTE Teacher and recognized during the Ohio ACTE Annual Conference, the Impact and Innovation Conference, on July 26.

For the past three years, Mr. Severt has taught Ohio Hi-Point's Career Based Intervention and Medical Detectives satellite programs as part of Project Lead The Way (PLTW) at Bunsold Middle School in Marysville.

He was nominated by his fellow OHP teacher, Amy Wagner. In her nomination, Mrs. Wagner wrote, "In the classroom, Gregg is very student centered and driven to get the most that he can out of each learner, no matter the challenges they face.  His lessons are real-world based and he looks for ways to improve the relevance of his lessons every year by finding new resources that will bring life to his program. He is willing to take on new learning himself so that his class content has a strong foundation.He communicates well with colleagues and administrators.  He is a strong team player with the academic teachers that support the CBI students."

In addition to his work inside the classroom, teaching CBI and Medical Detectives, Mr. Severt makes community service a focus for his class.

Mrs. Wagner continued in her nomination saying, "Community service has been a collaborative effort between Gregg and his teaching partner.  Together they have written a grant and received money to launch The Monarch Food Locker.  The Monarch Food Locker provides food and personal hygiene items to students who may be in need.  Gregg and his students continuously monitor and stock The Monarch Food Locker to make sure all students in the school building have access to an ample supply of needed items.  He is also a leader and team player in the BMS Buckets for Troops project.  Through this project, Gregg has helped to secure items from the community to be included in lidded buckets that the students pack up and send to deployed service members.  This year, Gregg had an idea of creating a QR code that linked to a video of the students saying thank you to our service members.  This idea brought “life” to the bucket recipients so they not only received a box of treats from the students but also a personal message of thanks.  This gave Gregg the opportunity to discuss joining the military as a post-secondary option for his students."

Mr. Severt is also involved with various roles at the state level, helping to impact the future of education for his students.