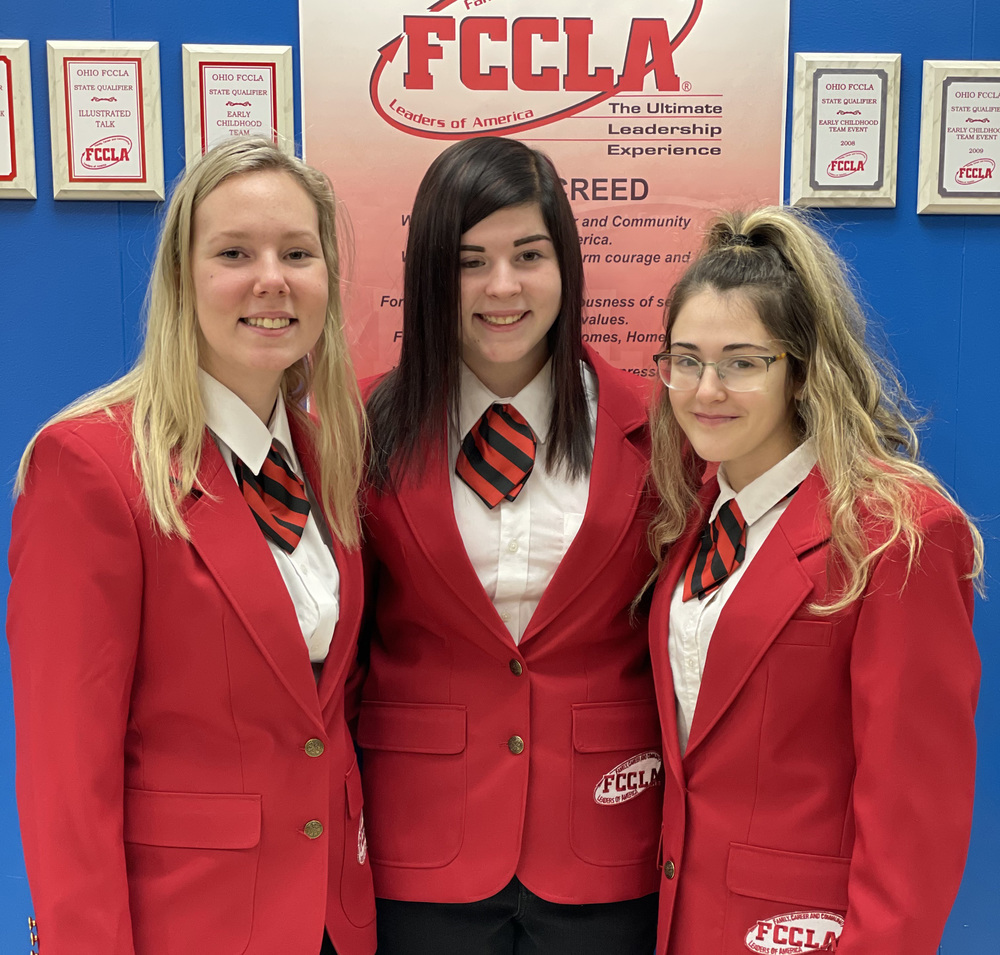 Nine students from Ohio Hi-Point's FCCLA Chapters at the Bellefontaine Main Campus and Graham High School advanced the FCCLA National competition at the end of the April.

Students competed virtually in the state competition in a variety of categories, showing skills, knowledge, and projects to the judges.

Zoe Taulbee, Brooklyn Bryant, and Kylee Pallaschke advanced to the FCCLA National competition for their Vehicle Safety campaign.  In addition, they were awarded $2,500 for the OHP FCCLA chapter. Taulbee, Bryant, and Pallaschke are students in the Education Academy program.

In addition, the OHP Graham FCS program was awarded the Top Chapter for service hours earned after their work in and around the Graham community.

Six students were also earned the Power of One award:

These students will be competing in the end of June at the FCCLA National Leadership Conference. The advisors are Angie Walls and Donna Jarzab.